What You Should Do When You Experience a Synchronicity 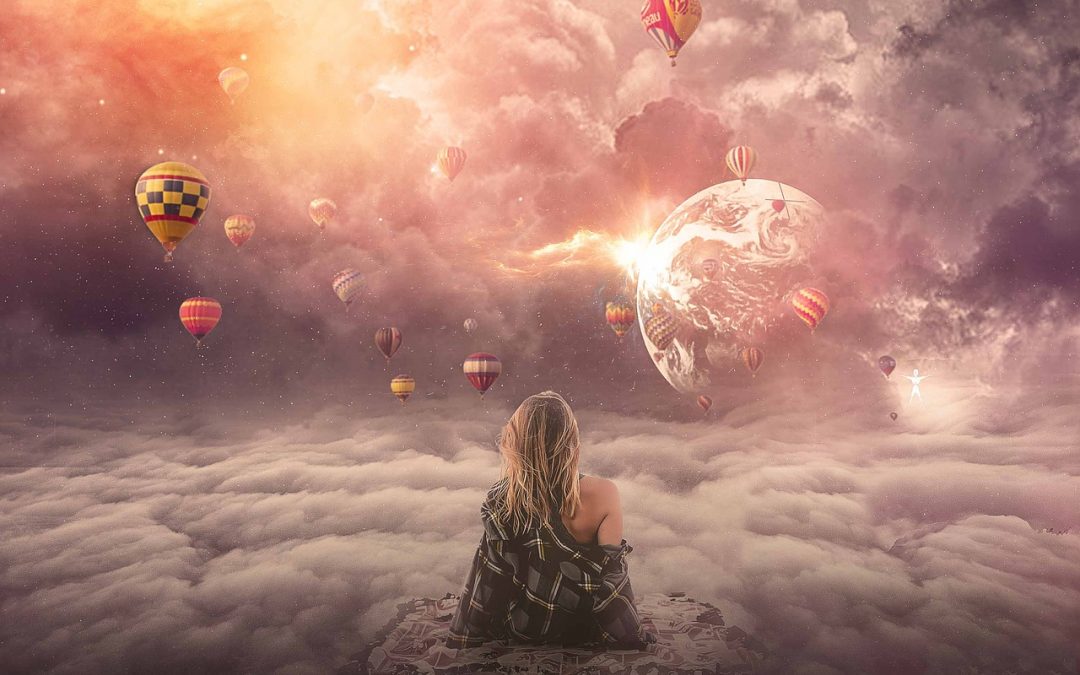 Synchronicities!  Why do we see them?  What do they mean?  What are we supposed to do about them?  I frequently experience synchronicities and I am frequently asked about them as a spiritual coach.  Sometimes, when I’m going about my day, something triggers a memory of a dream that I had the night before.  Other times, I’ll hear a song on the radio that I had been thinking about recently.  Numbers are a big one for me.  I’ll see groups of repeating numbers (this is a very popular one) such as 11:11, 4:44, 2:22 on the clock or on license plates.  Regardless of what I may be doing, I’ll suddenly look at the clock at the exact moment and see the repeating numbers.  That’s the type of thing I’m talking about regarding synchronicities.  What is this all about?  What is this telling us?  Are we supposed to take this as a guidance regarding an action to take?  How do we know what we’re supposed to do?

Well, when I see the synchronicities, I’ll have thoughts come to mind.  First, I’ll take a look at what I was doing in that moment right before I experienced the synchronicity.  That immediately activates the mind and it gets the mind involved.  So, if I was thinking about maybe taking an action or I had some sort of decision that I was wrestling with right before a synchronicity, I allow my mind to come in and say “okay, I see these sets of numbers and they must mean something. I need to go either this way with this decision or go that way.”   This is where it gets a little tricky because we know we’re supposed to take an action, but which way do I go?  Right?  We feel like we have this message, we have this guidance but we don’t really get the answer we’re looking for.  Or, to phrase it better, we don’t really get the answer that we think we need.  This situation creates a problem because we shift into a vibration of lack.  Immediately, the mind comes in and says “okay, we have to try to decipher this message, we have to translate it”. I have learned that that is not the response that we want to take when we experience a synchronicity.

These events are simply an alignment of frequency.   Whether you’re seeing +444, 222, 11, 1111, whatever it may be, it’s an alignment of higher vibrational frequencies and it’s a repeating of those frequencies.  That’s why we have a series of numbers.  We’re going to use the numbers just as an example because I know most of you have probably experienced that type of synchronicity.  So, instantly we will want to say “okay, well, these numbers have meaning so we have to go determine what the meaning is”.  So we’ll go to the Internet to research the meaning or we will already know from our past experience what these numbers mean and we will feel good about it.  We’ll think we’re on the right track because we’ve received the synchronicity as a validation.  So, the message is that we need to keep doing what we’ve been doing to keep moving or making decisions that are moving us in the direction that we’ve been going.  There is a warning in this mentality because it is actually your mind (ego).

I’m realizing that synchronicities really are not about one decision or another or a certain direction to move in.  They are simply manifestations of a frequency that we are aligned with at that moment.  That’s why it’s repeating.  It means we’re hitting this frequency consistently.  That’s why we’re receiving these repeating numbers and when we align with this frequency, when we’re really feeling this frequency, we might not be so much aware of it but our soul is coming up and telling us.  It’s nudging us to take a look at the clock as a validation of an alignment of a frequency.  What does that mean?  That means we are moving into alignment with our souls’ energy!  We’re clearing our dense, energetic blockages.  We’re spending less time in the mind.  We’re doing or acting more from our soul and less from our mind.  We’re simply falling into that frequency and that frequency is being manifested as a synchronicity.

The same same thing often happens when we hear a song.  If there’s a song that you’ve been thinking about and it is played on the radio, that’s a synchronicity.  I’ll look at what I was thinking about right before that song came on.  Again, this is just a manifestation of a frequency that you’ve been vibrating at so that particular song resonates with you on some level.  It makes you feel a certain way in that moment. That is the thing that we are supposed to be identifying with or aligning with.  Let’s use the term “aligning” with feeling that frequency.  So, it’s not that I have to decipher and determine what the synchronicity meant.  I simply need to recognize it as a validation that I was aligning with a frequency.  So, I look back at that feeling I was experiencing right before I observed the synchronicity.

I know a lot of people try to try to guide their life according to synchronicities.  That gets them into their mind.  By trying to analyze every decision we can make according to a synchronicity, we bring the mind into the decision making process.  We are asking the mind to analyze what it all means and as a result, the mind will control the process.  We will then move in a direction that the mind thinks we should move in instead of following our life’s path.  The bottom line is to not be so focused on what the synchronicity means or which way we’re supposed to move in our life.  What we need to do is just become aware of the feelings that were active as we experienced the synchronicity.  As they happen, sink into that emotion or that feeling because you have been aligning with it.  Since there are many different frequencies being manifested out into a reality in different ways, experiencing a synchronicity means that we have touched something within and that is good, that is what we want.  That’s an alignment with our higher self and it’s manifesting out.  Give love and gratitude and know that the frequency that you have been aligning with is manifesting out into your reality and you are becoming aware of it.  That’s it!

So, the next time you experience synchronicity, try not to be pulled into the mind to try to analyze or make life decisions based on that.  Just know that you are aligning with your soul and it is manifesting out and sink into the feelings and emotions associated with it.

We use cookies to ensure that we give you the best experience on our website. If you continue to use this site we will assume that you are happy with it.Ok